Sexism In Vet Medicine: ‘Women Were Told To Work Harder For Less’ 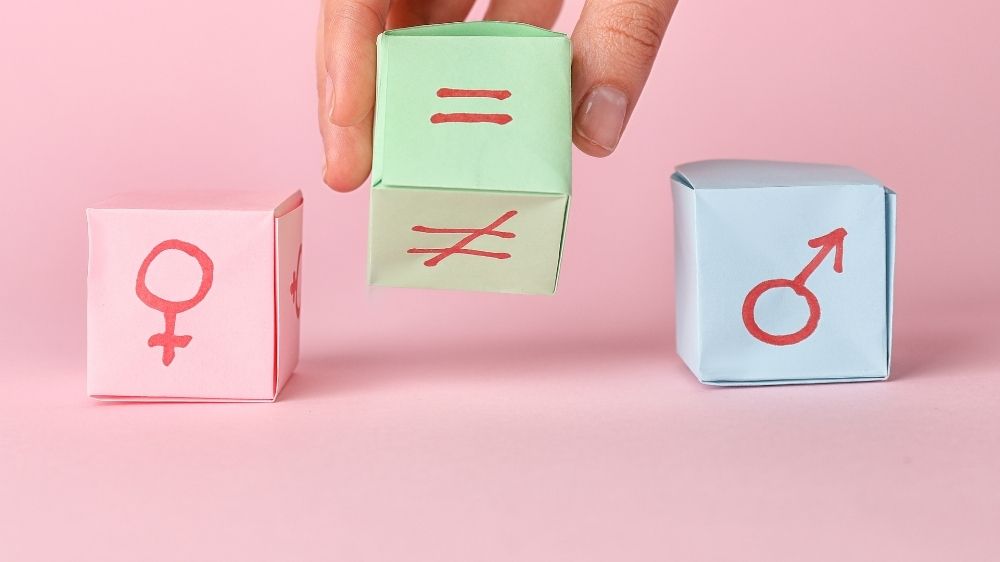 ‘When I worked at a corporate practice, the upper management were all male, and those who got promoted quickly were male. Women were told to work harder and longer hours for less pay and less advancement. That’s part of why I no longer work there.’ – anonymous veterinary professional from the VetX community

At first glance, veterinary medicine appears to be very egalitarian.

Currently, in the US and Canada, more than 80% of veterinary medical students are women. In the UK, around three-quarters of UK veterinary graduates are female.

Given this rapid feminization, one might assume that veterinary medicine was relatively equal in terms of pay and advancement. However, seeing how female vets receive 19% less (in terms of average hourly pay) compared to men, this is clearly not the case.

In this article, we explore women’s experiences of sexism in veterinary medicine. We hope that by shedding light (and hopefully insight) on the issue, we can push for better inclusivity.

Although sexism is (obviously) not exclusive to the veterinary profession, in a society where gender norms are ever-evolving, it is unsurprising that un-savory attitudes can permeate into veterinary life.

A number of our community said that they had been the subject of outdated and often damaging stereotypes in the workplace, including one vet, who was told:

‘That female vets were selfish if they didn’t take their husband’s names because it would be confusing to their children… He then followed it up by saying women working full time were doing their families a disservice and [that they] shouldn’t allow someone else to raise their families.’

According to research from the British Veterinary Association (BVA) and the University Of Exeter (UOE), this vet is not alone in her experiences. Female vets are often subject to more overt gender discrimination than their male counterparts- which might explain why female vets tend to show lower levels of job satisfaction, confidence, and ambition overall.

Researchers asked 260 managers, employees, and partners to evaluate an employee performance report in the study. The subjects were unknowingly given two identical reports- one for ‘Elizabeth’ and another for ‘Mark’. The participants were subsequently asked about some of their perceptions about gender.

Interestingly, (and perhaps tellingly) those who believed that female vets no longer faced discrimination (44% of respondents) were the most likely to offer ‘Mark’ a higher salary (from £1,100 to £3,300 more). Those who strongly believed this showed the strongest pay disparity [1].

Although shocking, this research is the tip of the iceberg- presenting just a fraction of the problem we face as a profession.

Although women now dominate the general veterinary landscape, there remains a gap in terms of leadership.

Though women make up 57.1% of practicing members of the Royal College of Veterinary Surgeons (RCVS), only 6.5% are directors. This is in stark contrast to 24.5% of men in directing positions.

Although the leadership gap in veterinary medicine is complicated, several explanations can be cited. According to research, female veterinary professionals are more likely to be perceived as ‘hiring risks’ by employers and hence less likely to be promoted. Women also tend to be more obstructed by traditional perceptions around family and perceived as less competent overall. Further, female vets tend to take fewer risks during their careers, inhibiting their promotion potential.

A large barrier for working women is perceptions around motherhood. Many senior veterinary professionals believe that promoting women may be disadvantageous, given that they may choose to leave the profession or go part-time if they have children. Although more women do work part-time than men (likely, in part, due to gendered expectations around childcare), this reinforces beliefs that women are ‘risky hires’, even if they have plans to return to the workforce thereafter [2].

This attitude was reiterated by a number of our community members:

‘I was told I wasn’t eligible for a raise when I was pregnant because, in their experience, doctors were less committed after they had babies.’

‘[I was] told that if I took maternity leave, I would be let go (illegal as well as sexist).’

‘[I was told that] hiring male vets was less risky because they won’t leave you high and dry after they get pregnant.’

‘During discussions of staff hiring, management [expressed a] desire for male candidates as they won’t take maternity leave.’

Although the issue of motherhood and work is complicated (and controversial), women’s decision to leave the workforce or go part-time cannot simply be attributed to individual choice. The BVA points to societal expectations around childcare and the profession’s reluctance to be flexible for families as the main drivers for women to work part-time or quit entirely [3].

Client Attitudes Add To The Problem

’10 years ago, when I started, it was still highly uncommon for a lady vet to work with the cows and sheep. Most farmers would call for a calving cow and say: not the lady vet.’- anonymous VetX community member

Client interactions can make or break your day. Sexist interactions (such as the one above) are as common as they are damaging. Research from the University of Lancaster found that many of these sexist interactions experienced by professionals undermined their credibility and capacity, hampering confidence in practice.

Practice owners or managers may be reluctant to confront clients about said behavior, especially if comments are made in passing. This may be disheartening for vets, who may feel like their best interests are not being kept at heart [4].

Bridging The Gender Gap In Practice

It is clear that sexism persists in the profession.

Practices seeking to safeguard their employees should review and establish clear and transparent policies around their hiring processes and pathways of progression within their businesses to ensure that development roles are more accessible to women.

This, alongside mentorship, role-modeling, reimagining how work can fit women’s lives at all stages of their careers, and intentional work culture should help cultivate an inclusive environment.

With the future talent pool of veterinary medicine set to be dominated by women for the foreseeable future, anything less would be a spectacular and damaging failure of leadership by the profession.

If the topic of sexism in veterinary medicine is of interest to you, we suggest reading this article on: ‘The Gender Divide In Veterinary Medicine’

Despite the excess of guidelines that outline how vets should conduct themselves in practice, dealing with…

Going to vet school, for many, is a dream. It is the accumulation of years of…

‘Hey! I have a question about my dog’ Whether you are a vet, a vet tech,…